There is a great demand for systematically collected data on conditions, motives, career prospects and career paths of people who are or were active in the academic world. A range of user groups are looking for a better database on these topics to enable them to make evidence-based decisions:

Support for doctoral candidates and doctorate holders is a key factor in successful higher education and science policy. Qualifying highly educated talent for the academic and non-academic job market is essential to secure a leading position in the global education market and fulfil the demands of a strong innovation based national economy. Young researchers are also expected to make considerable contributions to fulfilling Germany’s and the European Union’s innovation and development targets.

So far, however, little is known in Germany about which institutional conditions of qualification and support or which conditions of knowledge production are particularly helpful in producing outstanding scientific publications or innovations. A solid data foundation is required if this situation is to change.

The study produces valuable data that enable researchers to examine career paths and professional development in more detail than was previously possible. This enables work to be done on many research questions that have remained unaddressed up to now.

The Nacaps longitudinal study aims to systematically collect this data for the first time and as comprehensively as possible, for HEIs, policy makers and researchers.

Further detailed information about the background and research questions, the study design and Nacaps’ sampling concept are contained in the scientific concept for the study.

Who is funding this study?

The study is being funded by the German Federal Ministry of Education and Research (BMBF).

Who is carrying out the study?

The Nacaps panel study is being implemented by the German Centre for Higher Education and Science Studies (DZHW), an institution that carries out application-oriented empirical research. The main focus of its work is on higher education research with analyses focussing on students and graduates, issues of life-long learning, controlling and funding, as well as on science and organisation research. DZHW’s participation in the National Report on Junior Scholars (BuWiN), the National Educational Panel Study (NEPS), and social surveys, as well as its own relevant panel studies such as ProFile, the doctoral candidates panel, WiNbus, the online panel for early career researchers in Germany, or the “Careers of Doctorate Holders” project, exemplify the Centre’s competence and experience in the field of online surveys in the higher education and science area. The project team combines expertise in empirical social research, technological competence in data management, and years of experience in the implementation and evaluation of longitudinal studies.

The topics and research issues addressed by Nacaps were developed on the basis of a wide set of theoretical approaches. Our research also includes information that HEIs require for their quality assurance. The diagram gives an overview of the topics covered by Nacaps:

Nacaps follows up on current research issues that have long-term relevance, e.g.:

Institutional conditions of qualification and support for young researchers

Career paths and prospects, in and outside the academic world

Individual and social outcomes and returns on investment

Target Group and Base Population

Nacaps is a multi-cohort panel study: on the one hand, several year groups of doctoral candidates and doctorate holders are integrated in a pool of survey respondents during the course of the study. Every two years, a new year group of doctoral candidates is taken up into the panel study. On the other hand, further questions are addressed to these survey respondents, first annually, then every two years, and their career paths are followed for up to 15 years after they gained their doctorates. In this way, every respondent’s individual data are gradually supplemented, thus gaining a longitudinal temporal dimension.

In order to be able to make statements about the further career paths of doctorate holders more quickly, additional doctoral graduates will be integrated into the panel study in 2023. 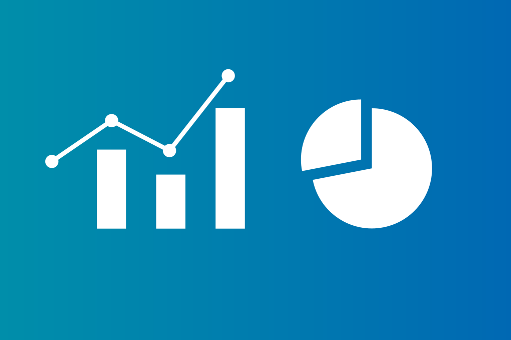 The study is designed in such a way that the data can be made available for different analytical purposes:

In order to generate versatile research data that can tie in with other data, we drew on a wide set of theoretical approaches when selecting and developing instruments for Nacaps – including e.g. general sociological action theories, socio-cognitive models of choices of professional careers, labour market theory approaches, identity theory and socialisation theory approaches, and network theories.

The individual survey waves focus on current topics at that time.

On the one hand, the questions and survey items are oriented on established instruments whose informative value has already been proved in other studies. This also ensures that the data can also be related to reference data in other studies, to answer such questions as how far employment conditions and prospects of doctorate holders differ from those of non-doctorate holders, for example. The Nacaps team also develops and tests its own scales and items, however.

To ensure the integrity of the questionnaire development process, Nacaps is in steady contact with the national and international expert community, hosts and attends workshops and bilateral discussions, and has conducted cognitive and quantitative pre-tests of the instruments.

The survey is carried out in the form of an online survey with ZOFAR, DZHW’s unique survey system, and the survey data is stored on DZHW‘s own servers.

What is the purpose of a full population survey of doctorate holders?

The aim of the full population survey is to enable us to provide timely statements about the subsequent career paths of doctorate holders and to gain representative data for a cohort of doctorate holders. These data give us a reference point that can be compared to official statistics for monitoring on the topic of early career researchers. This survey also brings people into the panel study who were previously not included in the doctoral candidates survey, for example in the case of those who completed a doctorate in less than a year.

How does the study take account of external doctoral candidates at universities of applied sciences?

The study collects data about all groups of doctoral candidates, regardless of whether they are at the same time employed at the HEI as scientific assistants, or members of a doctorate programme, or external doctoral candidates. Candidates under a cooperative doctorate arrangement at a university of applied sciences are also included, because registration always has to take place via an HEI that is authorised to award doctorates.

How does the study take account of doctoral candidates at non-university research institutions?

Doctoral candidates at non-university research institutions are also included, because registration always has to take place via an HEI that is authorised to award doctorates.

How are doctoral candidates included who only register at a later point during the doctorate process?

Due to the survey design and the recruitment of doctoral candidates via the HEIs, all doctoral candidates can only be surveyed from the time when they are accepted as candidates. However, this doesn’t mean that candidates are excluded. People who only register later, after they have started working on their doctorate, join the panel study later. In order to take account of such delays in the evaluation, the survey asks about the date of acceptance as a candidate, but in addition, also asks when the candidate began work on their doctorate, as recommended by the University Association UniWiND and other authorities.

How long does it take to complete the survey?

Depending on the respondent’s answers, the survey takes between 20 and 30 minutes. Basically, the surveys are designed to be as interesting, varied and concise as possible to motivate respondents to take part in further surveys for our panel study.

The data collected are:

How can external researchers use the Nacaps study data?

Nacaps gives top priority to guaranteeing the security of all data and excluding the possibility of re-identifying individuals or individual HEIs, in accordance with social science research standards. To hold up these standards, the Nacaps study has been designed with a focus on participant’s privacy from the get-go.

What will happen to the information I give on the questionnaire, i.e. with the survey data?

As soon as the online survey is completed, we will save the survey data separately from the respondents’ names and addresses on DZHW servers that are specially safeguarded for this purpose. Project staff are the only people with access to this protected server area, and only with express permission from the Nacaps project management. The survey data will subsequently be prepared for future use. Before being passed on to third parties such as secondary researchers (on application), we ensure that they are anonymised.

The data are aggregated to varying degrees, depending on the purpose for which they are to be used. Those data that are available via the data portal are allocated to the highest aggregation level; this ensures that it is not possible to trace them back to any individual. To achieve this, technological measures are also taken, e.g. setting a minimum cell size. The project team itself as well as other researchers are only permitted to use the data for statistical evaluations, i.e. for anonymised data processing.

What exactly will happen to my contact data if I participate?

Generally, the contact data will initially be held by your HEI only. In some cases, they will be passed on to us, for the sole purpose of sending invitations, after which they will be deleted.

At the end of the first survey, you will be asked to give us your contact data and your agreement to us contacting you in future for annual follow-up surveys. The information is not mandatory and will not be passed on to third parties. However, Nacaps is dependent on your long-term commitment to provide longitudinal data and we therefore would very much welcome your cooperation in providing your contact details.

Your contact data can be deleted at any time, if you so wish. In this case, please get in touch with us. You can find more information in our handout on data protection.

How did you obtain my address details?

We are carrying out the survey in partnership with the HEI at which you are registered as a doctoral candidate. Therefore you will usually be contacted by your HEI itself in relation to the survey, in the form of an email with a personalised link to enable you to take part in the study. If your HEI has entered into the relevant agreement with DZHW and has passed the address data for the initial survey invitation on to us, you may receive the invitation directly from DZHW. We will delete these contact data after the survey.

We have invited all HEIs in Germany that are authorised to award doctorates to become Nacaps partner. Basically, the collaboration consists of the HEIs setting up the contact to survey respondents. In return, DZHW carries out the surveys and offers regular feedback about results to the HEIs.

Since 2018 Nacaps has been cooperating with the following HEIs:

We are in talks about collaboration with a large number of other HEIs. 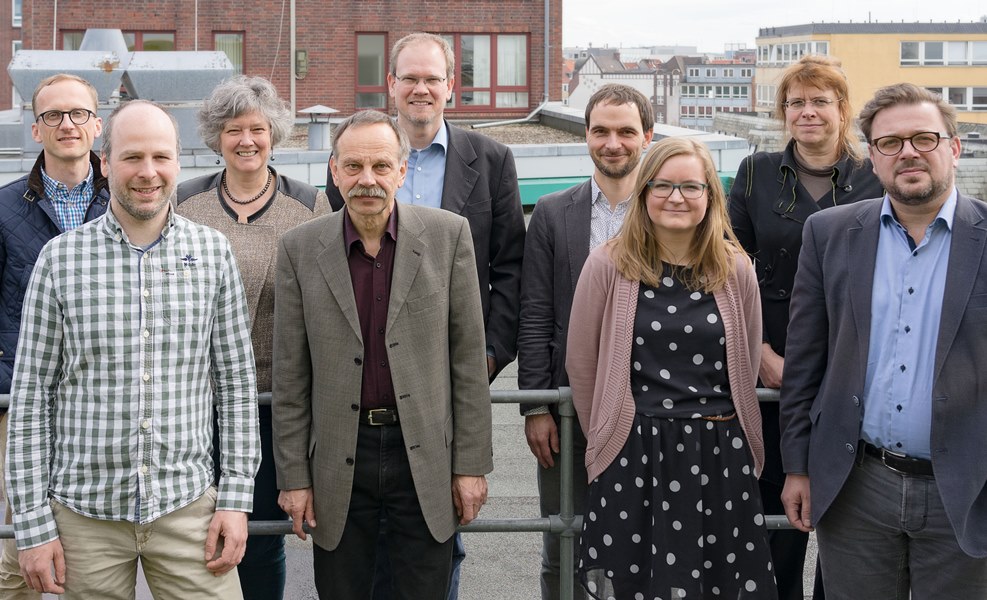 Nacaps is supported by a Scientific Advisory Board. This four-member committee’s task is to monitor the developments and findings of the project in terms of content, and to make suggestions for its further development.

The advisory council’s members are: